Cold hard cash: a look at the cashless trend in the United States 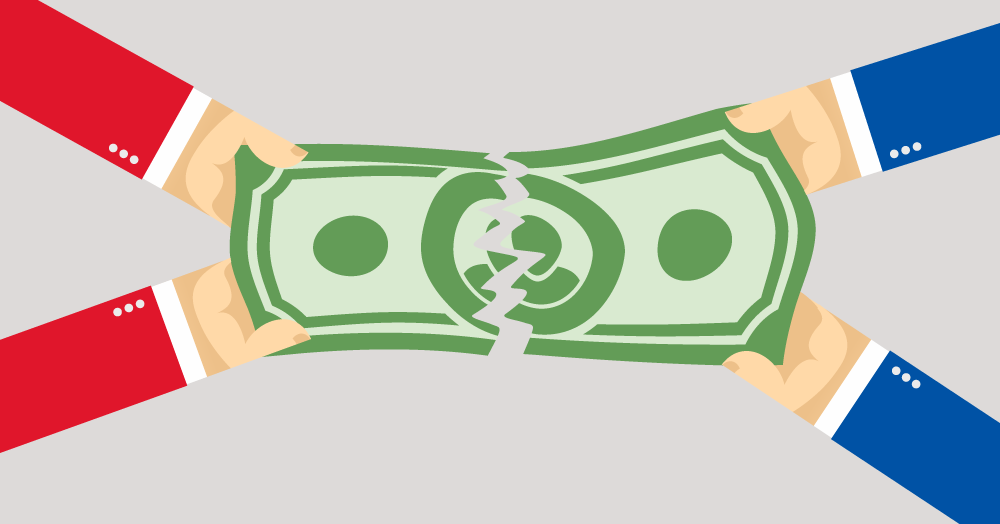 Cold hard cash: a look at the cashless trend in the United States

The cashless trend is global. But as we wrote in a previous article: the impending cash extinction will one day be upon us, it just won’t happen everywhere all at once. In this article, we look at the state of cash in the United States.

In 2019, the total transaction value of digital payments in the United States stands at $961.5 million. An annual projected growth rate of 8.6% will propel this figure toward $1.3 billion by 2023. But what effect does this have on the popularity of cash?

Shelle Santana, assistant professor of business administration at Harvard Business School collaborated with financial services provider Square to analyse millions of payment transactions in its database. The conclusions are interesting.

In 2017, 30% of all payments in the USA were made in cash. While in 2015, 63.8% of American households had a credit card. In 2017, this number increased to 68.7%. More and more Americans have cards. Just like in other countries (with the exception of China), Americans are also using their cards for smaller and smaller purchases.

A comparison between 2015 and 2019 shows a drop from 46% to 37% in the use of cash for transactions under $20. Santana’s research shows that nowadays, half of Americans would use their cards for low-cost purchases.

Still, there has been a fair amount of pushback. Many Americans are of the opinion that modern companies shouldn’t have the right to be cashless. One of the arguments used is that cashless businesses discriminate against the less affluent members of society as they are more likely to be dependent on cash and less likely to have access to cards.

Interestingly, some noteworthy companies that had previously declared themselves cashless, have started accepting cash again. Either due to pressure from customers or as the result of legislative measures.

A prime example (pun intended) is Amazon Go. The super modern cashless (and cashierless) stores launched in December 2016, have recently started accepting cash. To shop at Amazon GO, one needs a smartphone. As it turns out, 23% of Americans who earn $30,000 or less, don’t own one and thus cannot participate in the ecosystem.

In the United States, there are cities and states that have taken measures to make sure citizens can always use their physical legal tender. For example, the state of New Jersey and the city of Philadelphia. Both have passed legislation banning cashless businesses. Similar legislation has been proposed in other cities as well.

The times, they are a changin’

Shelle Santana’s research revealed that 73% of small business owners believe that the United States will never be a fully cashless society and 83% said they would never go cashless.

Still, the times are changing. As digital payments continue to grow in both volume and value, and access to smartphones increases, society will continue to inch towards a cashless existence. As Greek fabulist Aesop (621 BC – 565 BC) hinted in his fable ‘Tortoise and the Hare,’ this is a case where, in the end, slow and steady will inevitably win the race. Similarly, the more we transact in the digital space, the more important the need for safe and secure digital payment systems.

What we must take away from the insights cited in this article is that there is a moral responsibility to make sure all individuals can properly participate in the economy and share in the prosperity that digital payment solutions provide.

Questions? Get in touch!

For any additional information or inquiries related to this article, feel free to contact us.