The temptation of international e-commerce. It’s irresistible to online merchants. Rightly so. As more and more consumers around the world get easy access to alternative payment methods, opportunities to grow sales revenue are escalating. Trouble is, cross-border transactions increase your risk of payment fraud greatly.

According to the 2016 True Cost of Fraud study by LexisNexis, successful payment fraud in international online & mobile channels occurs 2.5 times more than in domestic channels. I’ll repeat that for you.

Successful fraud.
We’re not including fraudulent attempts in that figure. And if you use mobile channels to sell, then your risk of fraud is 3.5 times higher than those using e-commerce.
I know, the statistics are enough to make an international online merchant cry. Here’s another statistic for you:

Payment fraud risk around the world

The fraud challenges that online merchants face differ according to the countries they operate in. Some regions are simply riskier than others. So, which country should you mark as high-risk in your fraud scoring model? (You have got one, right?)

There’s a whole bunch of criteria for assessing the fraud risk of a country or region, but I’m going to look at the most popular key performance indicator for tracking fraud: chargeback rate.

Chargeback fraud: what is it?

Chargeback fraud is also known as friendly fraud. Not that it is the slightest bit friendly. It’s just called that because the fraud is committed by the true cardholder. Ironic, eh?
Anyway, chargeback fraud is what consumers do to get a refund, even though they don’t deserve it. They allege their order was never delivered, or the original transaction wasn’t authorized, or a recurring transaction wasn’t cancelled as requested.

I stress the word “allege” because, for some consumers, the claim is true.

They experience buyer’s remorse, make a mistake with the ordering process, or the product is unsuitable for some reason. However, the more dishonest cardholders amongst us just want to get something for free, so they commit chargeback fraud.

A study carried out by Ingenico in 2016 looked at the online transactions made throughout 2015 by its repayments merchants. So, which are the top two countries with the highest chargeback rates by a significant distance?

Here’s the top 12 countries for chargeback rates in descending order:

So why do Mexico and Brazil top the list? Let’s take a closer look at their payment climate.

The country’s merchants do have a lower level of e-commerce maturity than most other regions and a greater reluctance to use an automated fraud detection tool known as 3D Secure, which is bound to heighten the risk factor.

Understandably, Mexican consumers are very concerned about online payments fraud. As The PayPers reports on its website, they’re crying out for much more sophisticated protection. Nevertheless, the number of online shoppers in Mexico is forecast to skyrocket, from 8.4 million in 2013 to 18 million in 2018.

The favorite e-commerce purchase Mexico? Airplane and bus tickets. These are a favorite target of fraudsters.

Despite the market’s relative maturity, Brazil’s credit card fraud levels are among the highest in the world. Malware and ID fraud are big issues. It seems that 3D Secure is starting to make its presence felt in Brazil, but its adoption rates per transaction volume, at around 4% for all merchant tiers, is significantly lower than the rate in the Netherlands and Belgium (82% and 71% respectively).

3D Secure is great, but it’s impact on chargebacks is more or less limited to reducing the risk of “cardholder unauthorized” and “cardholder not recognized”.

As merchants know, there are many other reasons for processing a chargeback.

Why do Germany and the Netherlands have high chargeback rates?

Surprised that Germany and the Netherlands are in the top 12 of countries suffering high fraud chargeback rates? After all, domestic fraud levels in these two countries have been low historically.
But according to The PayPers, ‘a relatively low level of investment in fraud detection and prevention technology has made Germany susceptible to fraudsters migrating from other countries’.

Put it another way, countries like the US and UK have much more robust prevention tools in place because they’ve been targeted by fraudsters for much longer.

Why are some countries better than others at combating payment fraud?

The rate of chargeback fraud per country depends on several things:

As you can see from the statistics, cross-border transactions are vulnerable to online fraud. Fortunately, there are many tools out there can help you detect and prevent fraud, so please don’t descend into a state of despair after reading this article.

Professional help is out there!

As a first step, read this article to discover how you can eliminate online payment fraud. Then, if you think your company could benefit from some added payment protection, dial +31 10 7989 501 and speak to one of Mi-Pay’s fraud protection experts. They’ll be happy to advise you.

If you found this article interesting, please share it with your colleagues. 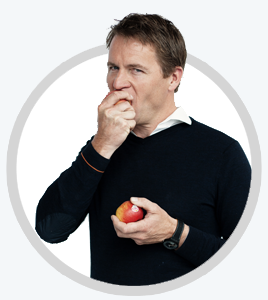 I started this company in 1997 as a provider of telecom hardware for large telecom companies worldwide. During the following years, I adjusted the business model to developments in the market. The result is Mi-Pay, a service provider fully focused on delivering payment solutions to large B2C organizations.