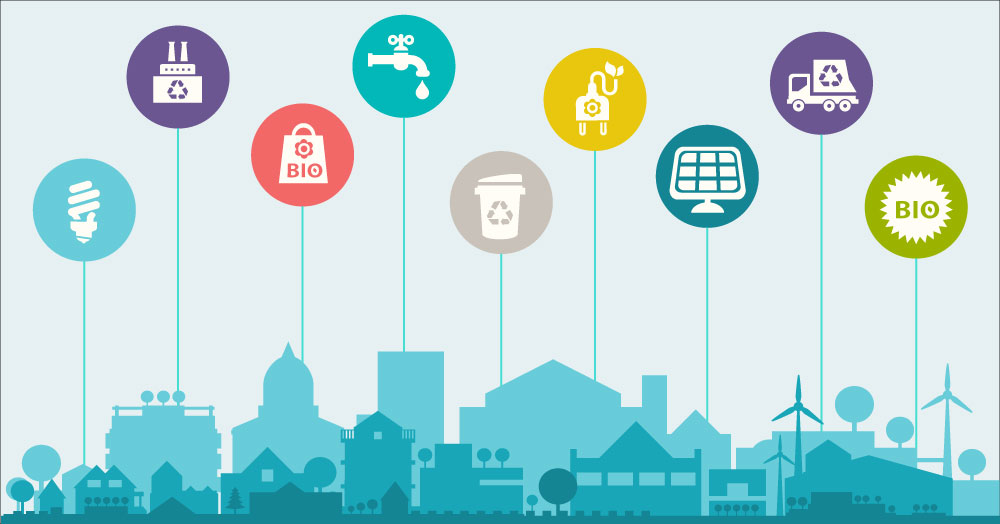 When customers are hurting financially, utility bills are often among the first to go unpaid. Though signs point to a quick economic recovery, for many customers who were already at risk of problematic debts before the pandemic, the post-pandemic world will be a harsh reality.

Things are already getting better

In its June 2020 Economic Outlook, the Organization for Economic Co-operation and Development’s (OECD) predicted the corona crisis would lead to the greatest loss of income in more than a century.

Now, looking back, we see a tale of economic downturn, but also one of resilience. In the Netherlands, for example, economic activity was quite turbulent towards the end of the year. After a historic decline of 8.5 percent in the second quarter of 2020 compared to the first three months, an equally historic growth of 7.8 percent followed in the third quarter. Indeed, all across Europe, even though consumer spending was down over the year, the online spend did increase during the holidays.

By December 2020, the OECD’s Economic Outlook took on a more positive tone. In the editorial addendum, titled ‘Turning hope into reality’, Laurence Boon, chief economist at the OECD writes of hope for a brighter future, citing actions taken by governments and central banks as well as the progress made with vaccines and treatments, as reasons for the rapid economic recovery.

Another positive sign of things to come, is that there is a lot of hoarded money just waiting to be spent. In January 2021, it was reported that in the Netherlands, an estimated 487 billion euros was sitting idly in current and savings accounts. The exceptionally high savings were attributed directly to the pandemic. The disposable income of most households remained stable partly due to the extensive government support, while the (partial) lockdowns and economic uncertainty led to a sharp drop in consumption’. The Dutch situation isn’t unique as other European countries also saw a sharp rise in savings.

The devil is in the details

However, we must be careful when looking at these numbers and be aware that for those who already were barely scraping by before the pandemic, especially those with lower incomes, the impact of the COVID-19 pandemic has been a lot greater and its effects will be felt for much longer.

The OECD rightfully underscores that in the economic recovery, the most vulnerable will continue to be at a proportional disadvantage. Freelancers and gig workers, though technically employed on paper, in practice may be underemployed as lockdowns and social distancing measures make it near impossible for them to work. Low income workers after being made redundant will have a hard time finding employment and many entrepreneurs with small businesses will have to close up shop long before the toughest measures are eased.

In 2020, the European Foundation for the Improvement of Living and Working Conditions (Eurofound) released a report that analysed household over-indebtedness in Europe. The findings, because they are based on pre-pandemic data, underscore the importance of more humane approaches to debt collection.

For those living with debt, it is not just a ‘money problem’. When not addressed and resolved in a timely manner, what starts as a lack of liquidity can evolve into physical and mental ailments, further placing a burden on a society’s overall wellbeing.

The report rightfully asserts that problematic debts are both a cause and a consequence of  poverty, deprivation and social exclusion. For a practical example of the latter, read our article on how being in debt affects romantic relationships.

Utility companies are on the front lines of consumer debt

When consumers have trouble meeting their financial obligations, utility bills are among the first to go unpaid.

In particular, low-income groups tend to have trouble meeting their obligations for utility bills. Although many countries have support systems in place, these are either difficult to access or hard to understand for the very people they are supposed to help. Moreover, low wage earners are often times overrepresented when it comes to low literacy, putting them at an increased risk for developing problematic debts. Unfortunately, in many European countries, debt advisory services are unavailable or limited in their capacity to properly deal with the situation.

How utility companies can help

Economic recovery will be slow and the effects will be felt for a long time, especially among the most vulnerable groups in our societies. To really make it out of the crisis, without leaving anyone behind, all of us must do our part, by contributing in the ways that we are best qualified to do so.

While governments in many countries have made early intervention a priority, the earliest possible and perhaps most effective form of intervention, is when companies adopt a pro-active role in preventing consumer debt.

Granted there’s no one size fits all approach when it comes to debt collection, there is, however, a proven human-centred approach that, in all cases, leads to increased loyalty, higher customer lifetime value, reduced dunning costs and fewer contract terminations.

The first step towards reaping these benefits is to take a good look at the dunning process and identifying ways to improve the communication with customers in arrears when it comes to payment reminders.

In practice, this may mean expanding your payment methods or offering more payment options. It could also require the expansion of your communication channels with personalized videos. In other cases, the tools are available, but it is a lack of data analysis and predictive modelling that is causing companies to miss out on profit.

To properly identify what works for your business, it’s a good idea to spar with a dunning consultant. With over 20 years of experience in debt collection, Mi-Pay has a solid track record in improving debt collection processes in ways that reduce costs, lower DSO and boost profits.

I’m happy to learn about your challenges and help you seize on opportunities that yield results. Reach out to me anytime!