How the eSIM is reshaping the mobile industry 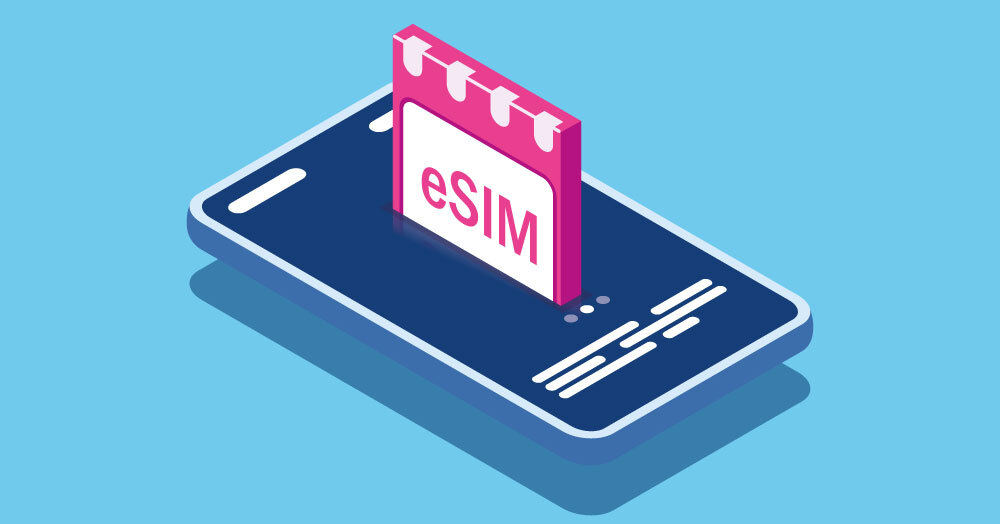 How the eSIM is reshaping the mobile industry

What does the introduction of the eSIM mean for mobile operators? And how can telcos best migrate their customers to eSIM without adding friction to the customer experience? Read on and find out why companies who are quick to adapt will benefit the most.

The evolution of the SIM card

The mobile device is innovating once again, only this time, it’s not a sharper screen or a thinner frame that is changing the game. Get ready to say goodbye to the tiny SIM card and hello to the ‘invisible’ eSIM.

For as long as mobile phones have been popular, the following has been true, and it’s the most basic of principles: to have a mobile phone subscription, one must have a SIM card. First developed in 1991, a SIM card is basically a plastic card with a chip embedded onto it. A SIM card enables a phone to register itself onto a mobile operator’s network. Without a SIM card, a phone is limited to what it can do over Wi-Fi.

The SIM card has come a long way since its invention in 1991 by German developer Giesecke & Devrient. In terms of size, the first SIM cards were comparable to credit cards. Believe it or not, the entire credit card-sized SIM card would fit inside the old mobile devices of the early nineties.

Ever since, phones have become smaller and SIM cards have followed suit, from mini SIM to micro SIM and nano SIM. For many years now, phone makers have been doing their best to cram as much value as possible in increasingly thinner phones. Evidently, the smaller the SIM card, the less space it requires and the more value phone makers can provide in terms of hardware.

At present, we’re seeing many telecom providers starting to make use of yet another type of SIM. It’s way smaller than the micro SIM and telecom providers don’t provide it to you when you subscribe to their mobile network. How is that possible? Well, this new type of SIM comes already embedded within your phone’s hardware.

Introducing the embedded-SIM or eSim.

So, what is an eSIM exactly?

The eSIM is actually still a real chip, just like the one on the common SIM card. However, it’s now part of the device, rather than an interchangeable piece of hardware encased in plastic. 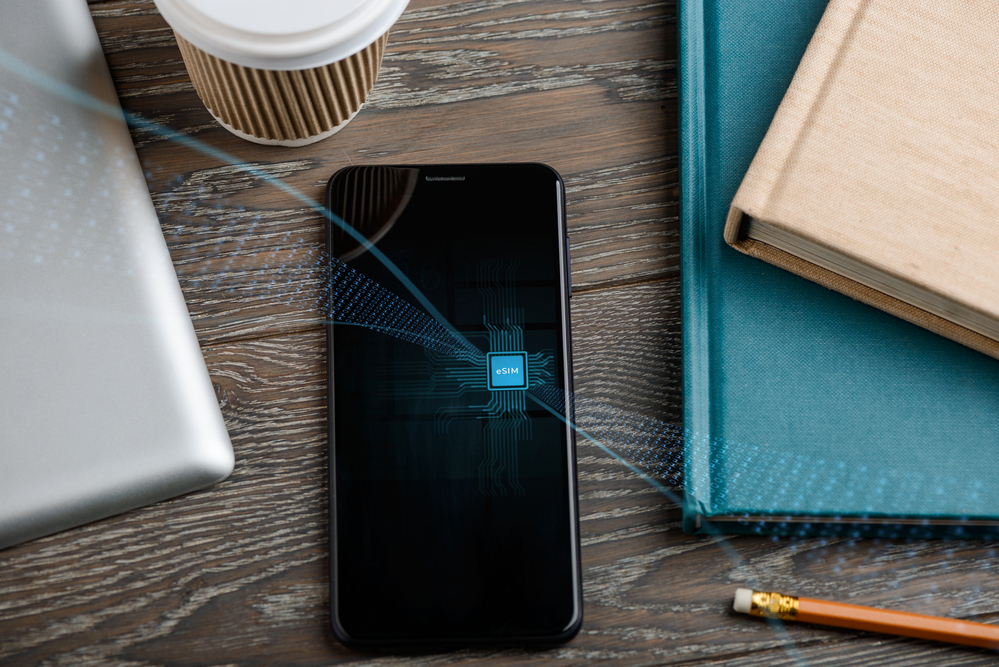 Why is the eSIM a good thing?

Let me start by stating that this is a done deal. Unlike the epic battles between VHS and Beta or Blu-Ray vs HD-DVD, the adoption of the eSIM is a sure thing. It’s simply the next step in the natural evolution of the SIM. What’s more, it brings many long sought-after benefits to phonemakers, mobile operators and consumers alike. Nowadays, all major phonemakers are producing devices with eSIM technology and many mobile operators are offering eSIM deals.

The benefits of the eSIM are myriad. Phonemakers are now able to either produce thinner phones or make better use of the space previously taken up by a traditional SIM card. For consumers, there’s no longer an opportunity cost associated with switching providers. Mobile operators and retail shops, on the other hand, will no longer need to issue physical SIM cards to every individual user.

Despite the many benefits of the eSIM, the evolution is also bittersweet. Traditionally, SIM cards have been very good for telcos. Since the customer’s phone number is linked to the physical card, it makes customers more sticky. As a result, many customers saw switching from one provider to the other as a complicated task they’d rather not undertake.

Still, the major advantage of the eSIM is its programmability. The fact that the customer’s phone number now exists ‘in the cloud’ can be seen as a huge acquisition opportunity.

With eSIM, the switch from one provider to the next and the transition from prepaid to postpaid are easier than ever.

In 2021 and beyond, many long-time subscribers will be making the switch to eSIM-compatible mobile phones. For telecom providers, it is important to offer customers a quality customer experience as they migrate to eSIM and eventually transition between prepaid and postpaid eSIM plans.

Also, it is important to note that the eSIM is not limited to phones. The eSIM will also increasingly be made available in smartwatches and other devices. We’re looking at a future in which some users will wear one eSIM on their wrist and carry another in their pocket.

As with any new consumer-friendly technology, it’s crucial for telecom providers to remain ahead of the curve and be able to delight their customers with ‘yes, we can’ as often as possible.

The telecom providers who will succeed in this new era are those who are quick to adapt their systems and provide users with answers to questions they are yet to think of.

“We’re looking at a future in which some users will wear one eSIM on their wrist and carry another in their pocket.” – Alper Altan, Revenue Ambassador Mi-Pay

At Mi-Pay, we have been monitoring the developments around eSIM technology quite closely. We’ve anticipated the needs of customers as well as the challenges that telecom providers will face as eSIM adoption becomes more widespread. Therefore, to aid telcos in their effort to offer eSIM users frictionless customer experiences, we have expanded our top-up services by building an advanced eSIM solution from the ground up.

We’re well aware that Mi-Pay is known for reducing churn, increasing ARPU and boosting the customer lifetime value of prepaid customers. So, in the development of eSIM Online, our new eSIM solution, we played to our strengths.

The result is eSIM Online, a platform, through which new eSIM customers can easily transition from their previous provider via a short, step-by-step online process. Moreover, we made it very easy for customers to consider automatic top-up by including the option as part of a seamless migration process. Have you thought about offering eSIM? Do you have a plan in place to make it frictionless for both existing and new customers?

If you’re looking to spar on the topic and are open to a fresh perspective on the best way to go about offering eSIM to your customers, let’s have a chat. I’m all ears and ready to help.